The Battle of Blythe Road features London based Irish poet Niall McDevitt taking us on a journey to Blythe Road where WB Yeats was a regular visitor to the Hermetic Order of the Golden Dawn in Hammersmith. Yeats wrote that the study of magic was “the most important pursuit of my life… The mystical life is the centre of all that I do and all that I think and all that I write.”

It was here in rooms above what is now George’s Café on Blythe Road that Yeats practised magical rituals alongside friends like Bram Stoker, Constance Wilde, Maud Gonne, and most notoriously Aleister Crowley. When Crowley showed a tendency to use his occult powers “for evil rather than for good,” Yeats decided not to allow him to be initiated into the inner circle; Yeats despised Crowley and thwarted his plan to take over the building. 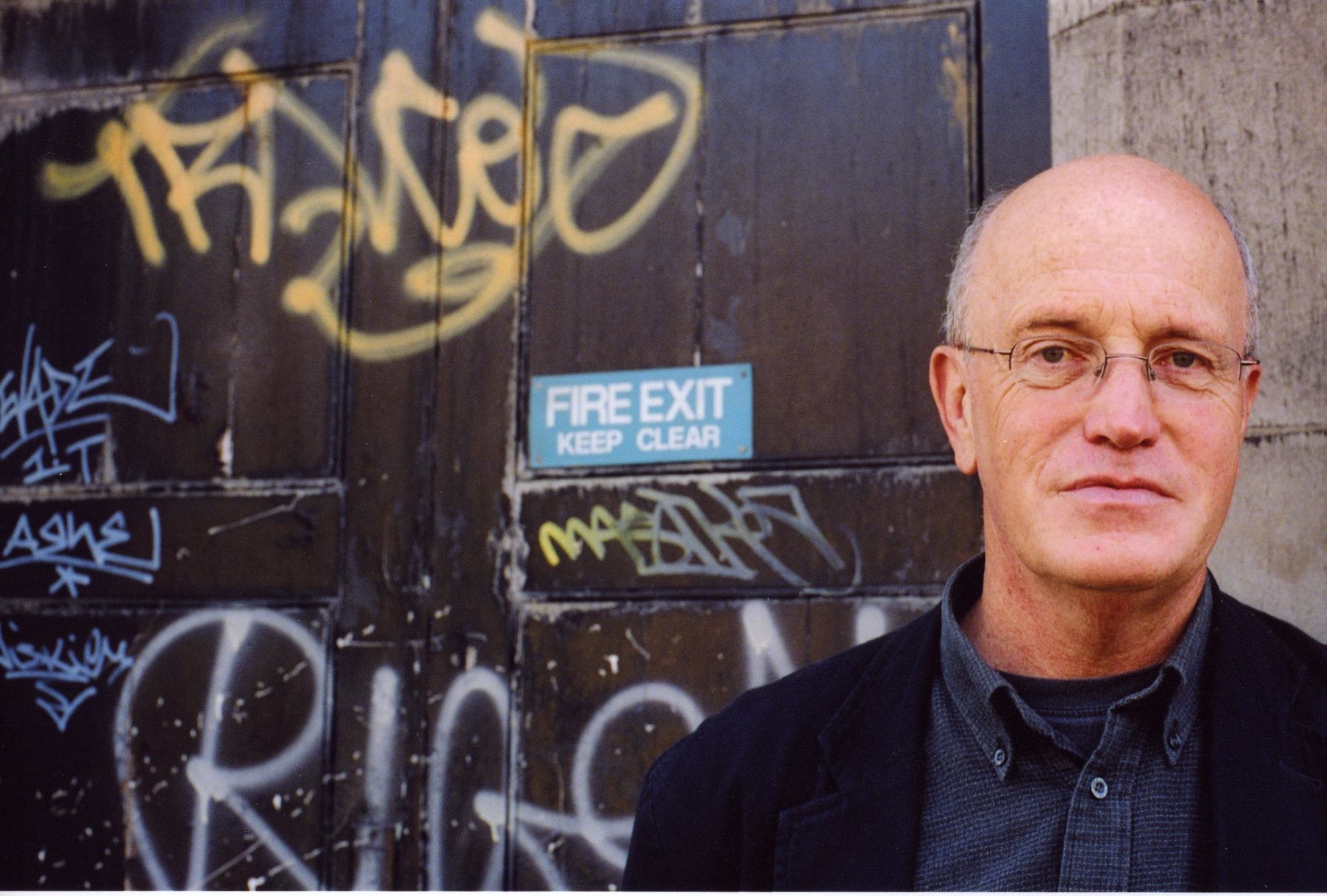 Praise from the Pope of Psychogeography Iain Sinclair
Thanks for the link to The Battle of Blythe Road. I enjoyed your performative take on that celebrated episode. I especially appreciated the running battle with traffic and the appearance, towards the end of the aria, of the word KARMA on a purple shop. But, best of all, was PEN push behind your back in George’s Café. As you point out, just the right name for the business. Your film (with Se Merry Doyle) is just what is needed now – and what never seems to be given space in the old commissioned channels. Like John Rogers and others, there is a continuity from Patrick Keiller in the respect (not self-serving or ludicrously obvious and underscored like those celebrity fronted yawns) for a proper dialogue with historic and cultural traces. It felt quite appropriate to watch the piece in Hastings, where the Great Beast faded away on heroin and cold tongue (pun intended). My best to you – looking forward to the next chapter. Iain

If you missed out on the online courses and still have time on your hands, whilst to some degree still locked down, you might well enjoying watching an engaging short film

The Battle of Blythe Road that was was directed by Sé Merry Doyle and presented by the poet Niall McDevitt and  produced by Rosalind Scanlon for the Irish Cultural Centre in Hammersmith. 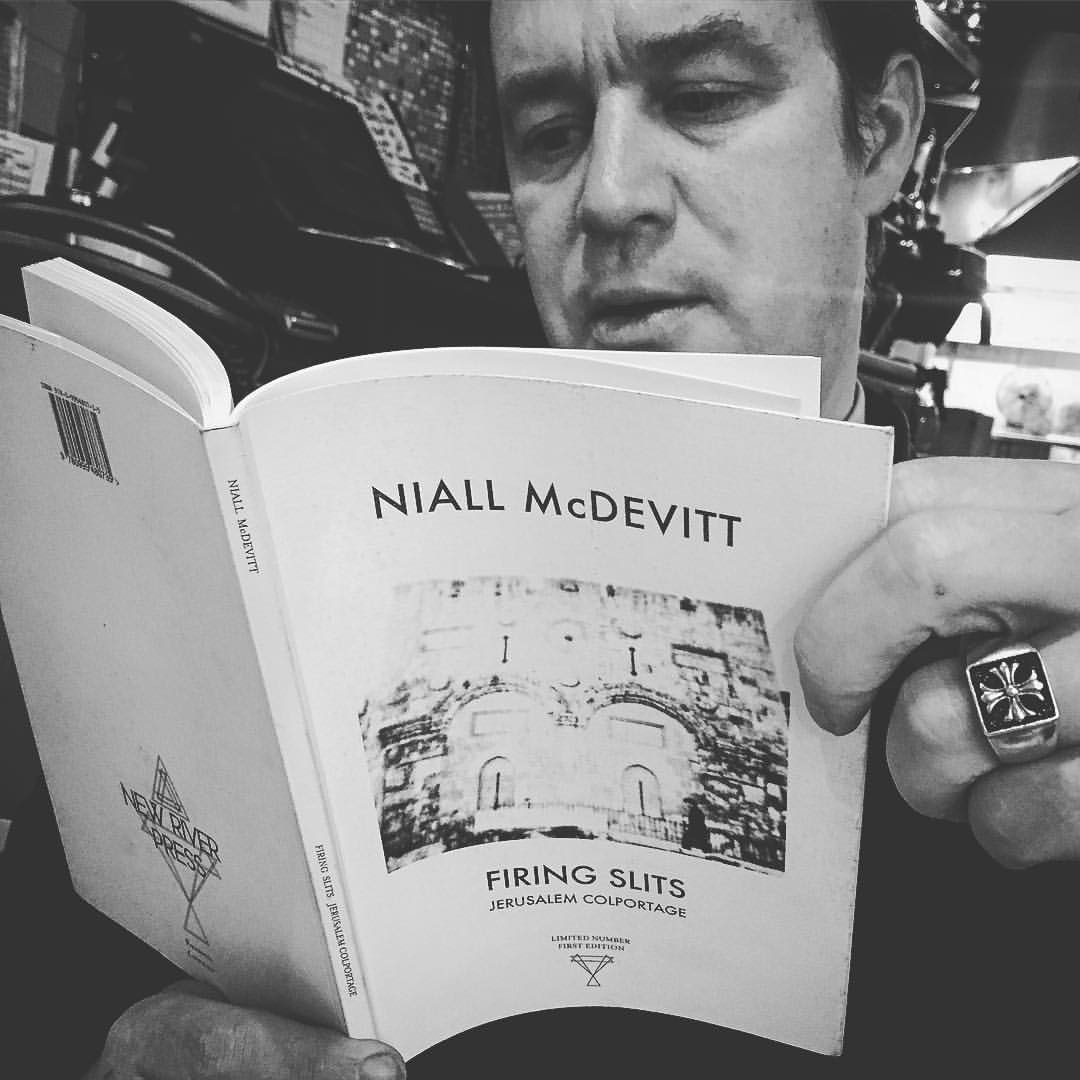 In a relaxed and light-hearted manner Niall, who is a natural for a project of this nature, takes us on a visit to the prosaic Blythe Road in Hammersmith. It was here in 1919 above what is now George’s Café that William Butler Yeats practiced his somewhat bonkers magical rituals with his Hermitic Order of the Golden Dawn.

Who would have known walking down this street at the back of Olympia that it had such cultural and historic significance, being the meeting place for Yeats, Bram Stoker, Constance Wilde and Maude Gonne as well as the notorious and more sinister master of the occult  Aleister Crowley. Here in an ornamental painted box   they dressed up in bizarre robes, chanted strange incantations and performed weird magical rituals in their pursuit of a mystical order.

Niall points out that it was not an entirely tranquil time though as Yeats loathed the strange and even more odd, Allister Crowley refusing to allow him to be initiated into their inner circle. They believed Crowley was more interested in using the occult powers for evil not good. Crowley tried to break in and steal the valuable artefacts but Yeats moved in and protected by colleagues with muscle rather than spiritual power they were able to repel the odious Crowley. A notorious Court case followed.

This unusual story is told with great panache and some wry humour by Niall McDevitt,  who also pointed out another curious element of Irish History. It was in the building opposite that Michael Collins had worked as a clerk.

I knew nothing of this story and enjoyed thus charming short film, which is an excellent contribution from the ICC to alleviate our Covid-19 isolation.