Vanessa has written for film publications Film West and Film Ireland magazines. In 2006 she wrote and directed the Film Board funded short film ‘The White Dress’ which to date has won five awards and a nomination for an IFTA, and has been purchased / screened by RTÉ, Swiss, French and Italian Television. In 2008 she produced a feature length music documentary shot in Mali, West Africa called ‘Dambé – The Mali Project’ which was nominated for an IFTA 2009 in the Best Feature Documentary category. 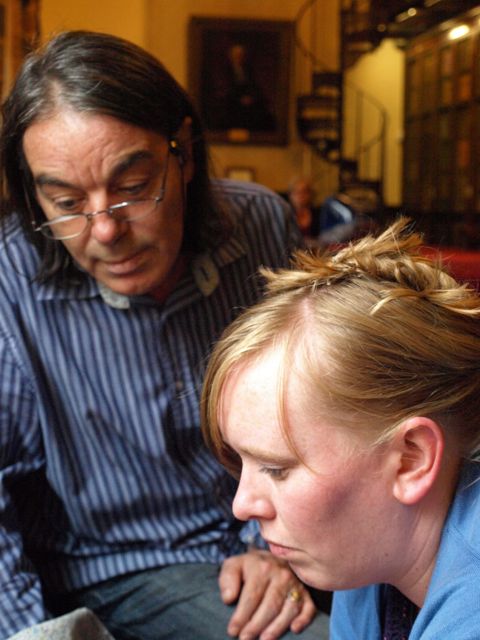 In 2009 she wrote and directed a short documentary called ‘The Beast’ for award winning production company Venom Films, produced by Andrew Freedman. Vanessa directed the Arts Council experimental film ‘The Abandoning’ which won the Best Short Film Award at the Sky Road Film Festival in Galway.

She  worked for Loopline Film as producer on a variety of projects in different stages of development and production including ‘Kathleen Lynn – Rebel Doctor’ for TG4 & BCI, ‘John Ford – Dreaming The Quiet Man’ Documentary for Irish Film Board, TG4 & BCI, The Art film ‘The Dying of Patrick Ireland’ for the Irish Film Board , ‘Hugo Hamilton – How to Belong’ and six part series ‘Mná an IRA’. In 2010 Vanessa produced the feature documentary ‘Jimmy Murakami – Non Alien’ funded solely by the Arts Council’s Reel Art scheme, which premiered at the Dublin Film Festival in February and was runner up in the audience prize. Vanessa was awarded an Arts Council Film Award as director for a film project entitled ‘The Abandoning’ which was produced for Loopline film by Sé Merry Doyle. Her favourite documentaries are ‘Salesman’, ‘Three Rooms of Melancolia’, ‘The Uncle Jack’ and ‘Good Husband, Dear Son’ by Heddy Honigmann.