‘When I look at your buildings I don’t see tragedy- instead I see redemption
and a form of your love for me’.Simon Walker 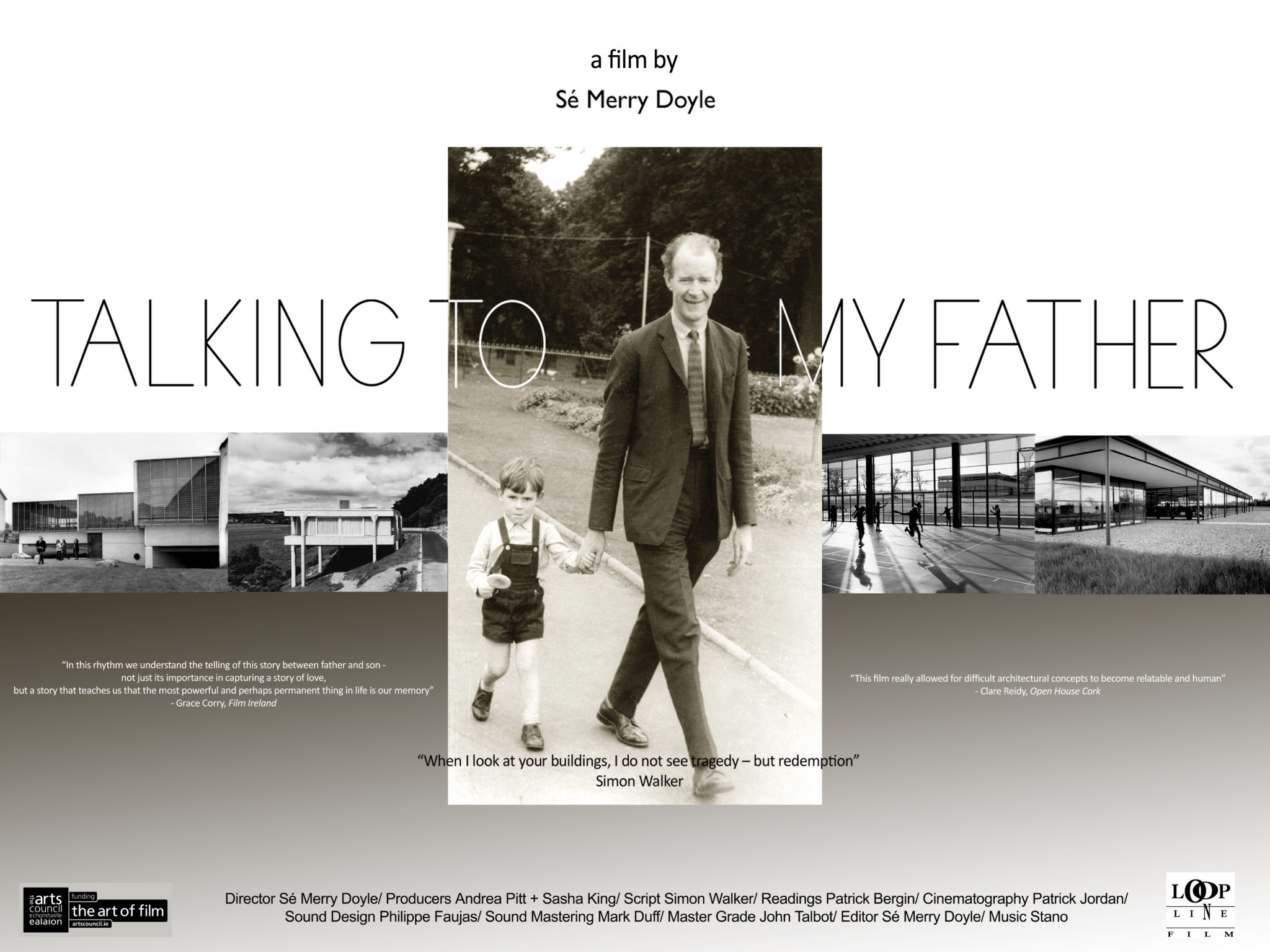 ‘Talking to my Father’ features two voices from two eras each concerned with
how we as a nation understand the architecture that surrounds our lives.
Modern architecture in Ireland reached a high point in the early sixties and
one of its most celebrated and influential figures was Robin Walker.

It is also an emotionally charged conversation between the Son Simon and the Father Robin, meditating on the times they walked hand in hand and the time they drifted apart. A quarter of a century after his premature death, Simon addresses his
father again and explores the legacy of his life’s work.

Robin studied under le Corbusier in Paris as a young graduate and later worked alongside Mies van der Rohe
in Chicago. His return to Ireland in 1958 coincided with the emergence of an aspiring modern nation
recovering from years of stagnation and emigration.
Robin Walker became a key agent in this nation-building process. 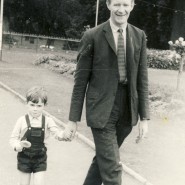 The director Sé Merry Doyle allows Robin Walker’s buildings to speak for
themselves, taking us on a journey with Simon in his search for Robin’s
architecture of place.
The wild environs of the Beara Peninsula is the spectacular setting for
‘Bóthar Buí’, the home Robin built for his family, is a living microcosm of his
attitude to life and work. The house acted as a retreat for artists and
inspired his friend Seamus Heaney’s to write the poem ‘An Architect’ in his hono

‘Whatever your opinion of modern architecture, Sé Merry Doyle’s film is a well-shot slice of family and architectural history.’ – Dublin InQuirer

‘This documentary is a love letter from son to father, and makes you see buildings around Ireland in a different way, for us as the end user only see how we fit into a building.’ – Comic Buzz

The documentary follows Simon Walker as he explores his father’s legacy. Like his father, Simon is also an architect; it’s his understanding and appreciation of his father’s work from both a personal and professional point of view that gives the documentary its spark. Simon revisists some of the building’s his father designed in person and in memory. The visuals are quietly stunning (with cinematography by Patrick Jordan), particularly the private houses he built in Kinsale and in Bothar Buí in Cork, and Simon’s eloquence adds to the beauty.  Marian Brosnan