Following on from a screening at the Crawford Gallery in Cork, Sé Merry Doyle’s film ‘Lament for Patrick Ireland will be screened on April 26th in the Museum of Modern Art Dublin as part of … END_OF_DOCUMENT_TOKEN_TO_BE_REPLACED

Sé Merry Doyle’s documentary ‘Lament for Patrick Ireland’ records one of the most political gestures ever undertaken by an Irish artist. On the 20th May 2008 a most extraordinary event took place in Dublin. An … END_OF_DOCUMENT_TOKEN_TO_BE_REPLACED 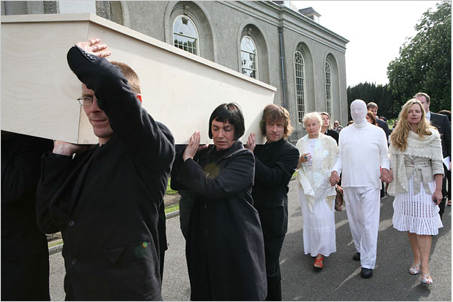 We are delighted to have Sé Merry Doyle’s documentary “Lament for Patrick Ireland” screening in Cork at the Lewis Glucksman Gallery UCC throughout May and June. The film was a huge hit when it had … END_OF_DOCUMENT_TOKEN_TO_BE_REPLACED