Pádraig O Duinnín’s journey began in Cork six series ago. Tonight we see him complete his odyssey in Donegal. In this final episode Pádraig goes to Downings Micheál Ó Dochartaigh st the seaside village currach club.  He takes danger in his stride as he rows in his Naomhóg around the notoriously windy Malin Head.

He ends his journey with a well deserved rest at the Culmore regatta on the Derry border. The series was funded by RTE for TG4 and although it was regularly in the top ten rating, the cut backs in RTE meant it had to leave the airwaves. Loopline Film would like to thank all those who watched and in particular we hope that Pádraig will find a new vehicle that will bring him back to our screens in the future. Thank you Pádraig for bringing us on an unforgettable journey. 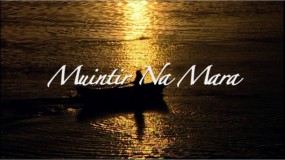