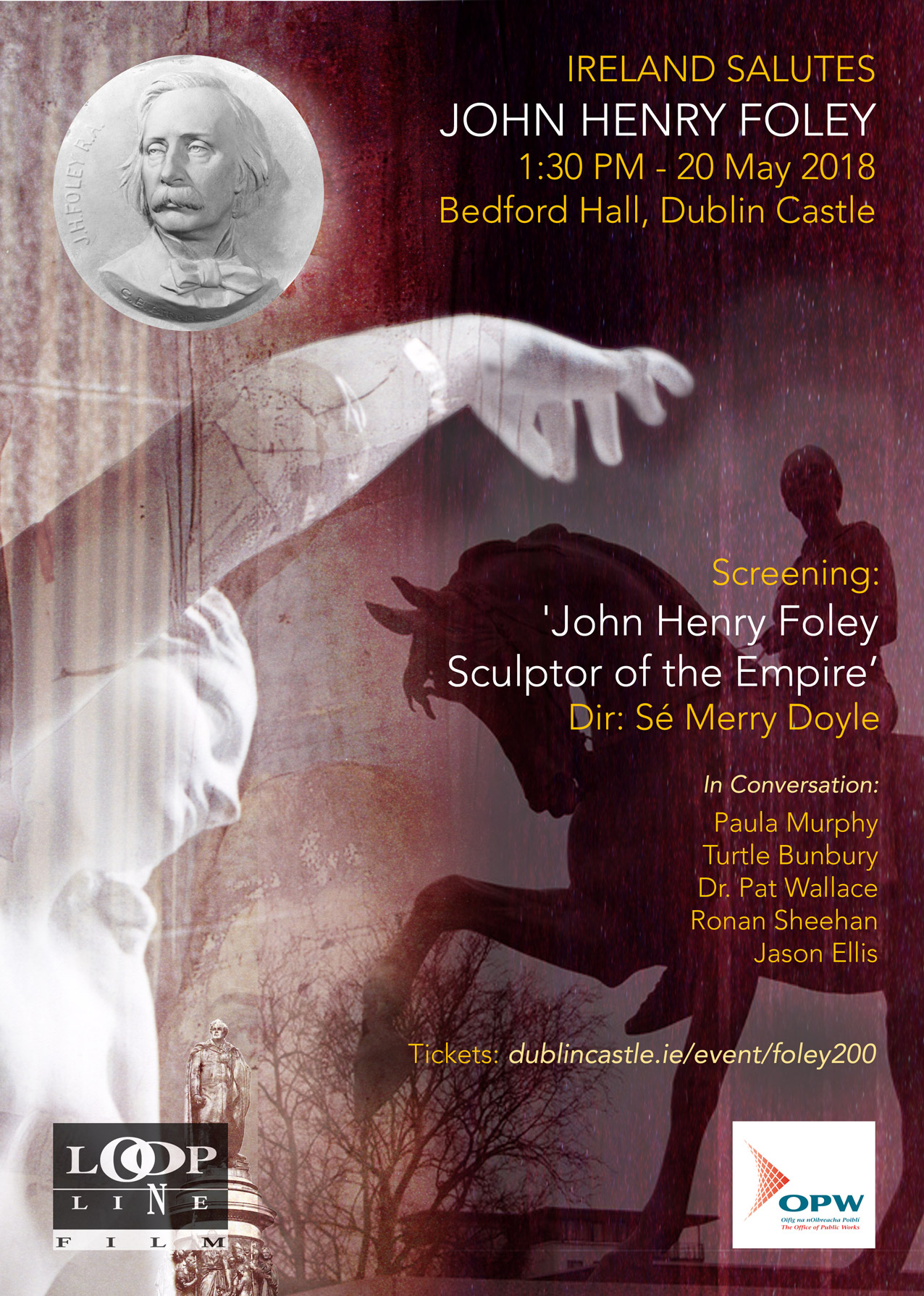 John Henry Foley was probably the most influential sculptor in Irish history. The Dubliner’s breath-taking equestrian masterpieces strode across city squares and parklands from Dublin to Kolkatta to Virginia.

His best-known Irish works include the Daniel O’Connell monument on O’Connell Street and the troika of Grattan, Goldsmith and Burke outside Trinity College. Queen Victoria personally requested Foley create the statue of her beloved Prince Albert for the Albert Memorial in London. When Foley died, she decreed that he be buried in Westminster Abbey, an extraordinary honour for a man born into relative poverty in Dublin’s northside. And yet the legacy of Foley’s imperialism continued to stir up controversy long after his death. Some of his works were destroyed – General Gough, blown sky-high in Phoenix Park; Lord Dunkellin, heaved into the River Corrib; his equestrian statues in Kolkatta, dismantled after Indian independence. Others continue to draw criticism, such as his statue of Prince Albert, which stands outside Leinster House.

To mark the bicentenary of Foley’s birth, filmmaker Sé Merry Doyle and historian Turtle Bunbury have teamed up with the OPW to host an afternoon of evocative film, insightful talks and succulent debate at Dublin Castle on Sunday 20 May. Among the other speakers gathered to consider Foley’s life and times are Dr Patrick Wallace, Dr Paula Murphy, Jason Ellis and Ronan Sheehan. More info here