[vimeo]http://vimeo.com/106298947[/vimeo]Hugo Hamilton is the acclaimed author of many novels and one collection of short stories (The Last Shot, The Love Test, Headbanger, Sad Bastard, Disguise, Hand in the Fire amongst others). Through his incredible memoir The Speckled People, he has also become one of Ireland’s best-loved writers. His work reflects on the compelling areas of identity, belonging and community that he has struggled to come to terms with throughout his life. The Speckled People was a resounding success all over the world and has been translated into 15 languages. It received phenomenal reviews from writers everywhere for the uncanny ability Hugo showed in telling the story of his childhood so tenderly and unflinchingly from the child’s point of view. It is a remarkable and beautifully written book. 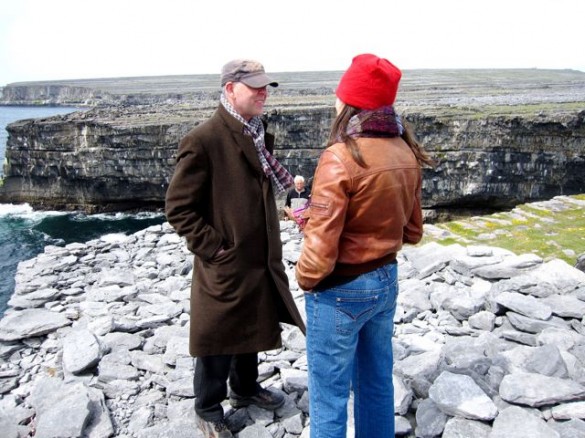 The Speckled People explored what it was like to grow up in a household that had a kind of schizophrenic identity – half-Irish and half-German, a house in which his Irish-speaking father forbade Hugo to speak English and insisted on Irish and where Hugo communicated in German with his mother.

Hugo is very keen to participate in a film about his life and work that looks creatively at the challenges that he has faced as a writer and a person over the years since he was a boy – how to reconcile his desire to belong with a strong sense of not fitting into either Irish or German culture, how to learn to forgive and love the father who tried to force Hugo and his brother and sisters to love Irish above all else and who punished them severely if they disobeyed him, how to reconcile his love of his mother with what was once a refusal on his part to acknowledge his German side at all. All of these elements are core elements of the film which takes the form of an observational documentary as we travel with Hugo between the two places he feels are home now – Ireland and Germany.
Hugo’s mother was a German woman who travelled to Ireland in 1949. She married an Irishman and settled in this country. A strong, affectionate woman, she was a powerful influence on Hugo and she taught him that the way the Nazis had treated her countrymen had led only to hatred and strife. His father, Jack Hamilton, or Sean O hUrmoltaigh as he insisted on being called, was a passionate West Cork man for whom the Irish language and Irish nationalism was of the utmost importance. He insisted that his children only speak Irish or German but certainly not English. This would result in severe punishment. Hugo’s brother Franz had his nose broken when his father beat him for uttering words in the forbidden tongue. ”My father said he was very sorry, but the rules had to be obeyed.” Later, the children found themselves liable to be punished merely for listening to other children speaking English. 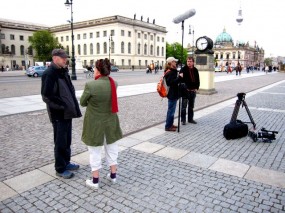 These rules and memories from Hugo’s early childhood have affected him through his life and made him wonder about his sense of identity. He remembers as a child that he felt lost. There was Irish nationalism on his father’s side and the legacy of German nationalism, which his mother experienced under Nazism. During his school days he recalls being put on trial by other children and even denying that he was German because his surroundings made him feel as if it was a forbidden identity. He has described his childhood as a language war where he was forced to wear Aran Sweaters and Lederhøsen, forbidden to speak English and as a result suffered racial abuse throughout his youth. His book, The Speckled People and its follow–up The Sailor in the Wardrobe, are beautifully evocative in describing the youthful incomprehension that he felt. In his fiction and his memoirs, Hugo has always shown an uncanny ability to get inside the mind of a child and to show us how a child then filters experience.

These days Hugo is more sanguine about his unusual childhood but it has left its scars. Now, when he spends time in Berlin, he finds that he often dreams in German, He is now as comfortable speaking this language as he is with Irish, though there was a time when he would have found it shameful to be discovered speaking German at all. He is finally at home with the idea of being half-German and it is no longer a source of shame. He is interested in looking at how the cultural identity of Germany has been affected by the Second World War. Hugo says that for the Germans, after this war, it had become too dangerous to think in terms of having a national identity because this was associated with German aggression and now, generations later, the country has moved into a safer way of viewing itself, beyond nationalism. Hugo has said of the German people:
Up to now, Germans have trained themselves to feel no pain, no sense of loss, no compassion for themselves. They could not love their mothers. Even less their fathers. Nowhere in the world was the father and son gap as wide as in Germany. From 1968 on, young people prosecuted their parents and reshaped the German conscience. All this was essential for German renewal, but it also led to a dislocation, a kind of orphaned state. In the process of exorcising the Nazi crimes, generations of Germans also denied their own heritage and severed an emotional link with their own people…There is an unacknowledged loneliness in being German.
Ireland presents something else to him – a country where younger people are so comfortable being part of the European experience that nationalism has not much that they feel they need. Through the journey that he undertakes in this film, we get to see these experiences reflected, as he goes between cultures and languages and landscapes. In the film, as he moves between these two States and states of mind, we have a powerful opportunity to get into the head of this most revelatory of writers and discover what makes him write. 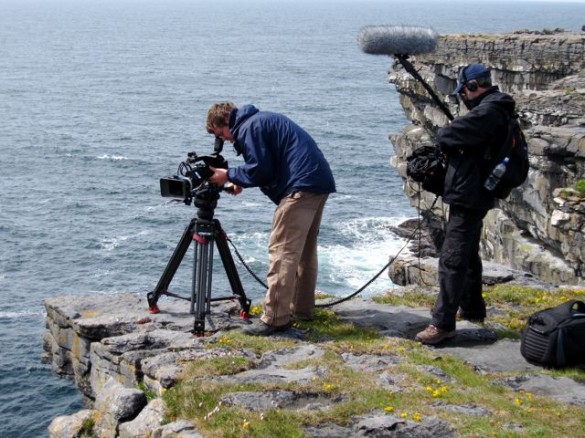 Hugo is the central character in this film – the camera follows him on his journey, from his Irish home and surroundings in Sandycove in Dublin to the urban landscape of a renewed Berlin where he spends time and writes, walking around the city, visiting his favourite cafes and bars, hanging out with his friends, putting himself under the microscope of self-scrutiny for a film that seeks to answer the age-old question of how to belong.