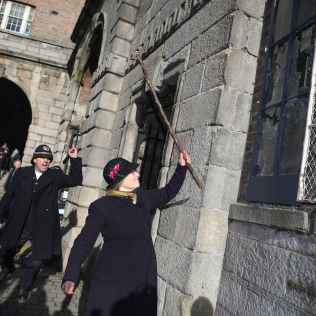 Loopline FILM  are producing a feature documentary ‘Hanna and Me’ The initial funding to cover the filming was raised on Indiegogo. Below is a vimeo of the first part of the journey. We are now seeking funds to complete the film.

Hanna Sheehy Skeffington is Ireland’s most famous suffragette. After her pacifist husband Francis was shot without trial by British firing squad during the Irish 1916 Easter Rising, Hanna undertook an epic lecture tour of the US, publicising what had happened and raising support for Irish independence. Last autumn her granddaughter, Micheline, also known for her fight for gender equality and justice, repeated Hanna’s tour which we filmed, and are in the process of editing to a completed film. More info on the film HERE

Hanna and Me from Loopline Film on Vimeo.