Fresh on the heels of a Gala screening at the Toronto Irish Film Festival ‘Dreaming the Quiet Man’ gets a New England premier in Boston on the 25th March. The Boston Irish Festival screening is sponsored by the Irish Film Board, IFTA and the John Ford Foundation. The film has now been taken up by the distribution company Element Pictures (THE GUARD) and will get a cinema release later this year. Plans are also afoot to restore the original film and to secure a brand new digital print ready for this years 60th anniversary of the making of ‘The Quiet Man’. 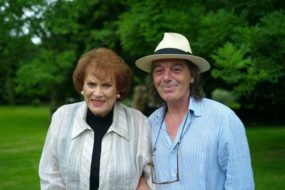